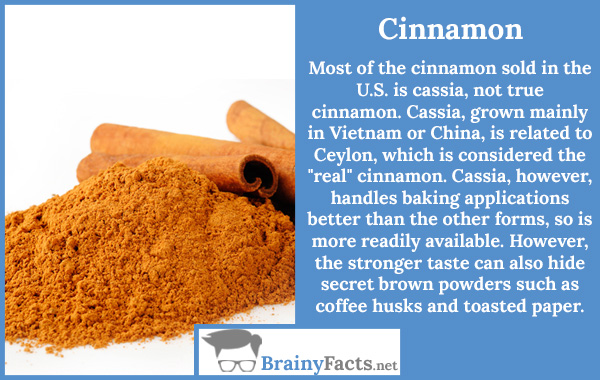 Most of the cinnamon sold in the U.S. is cassia, not true cinnamon. Cassia, grown mainly in Vietnam or China, is related to Ceylon, which is considered the “real” cinnamon. Cassia, however, handles baking applications better than the other forms, so is more readily available. However, the stronger taste can also hide secret brown powders such as coffee husks and toasted paper.