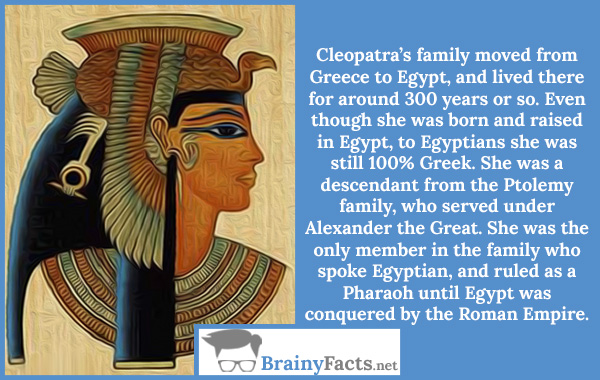 Cleopatra’s family moved from Greece to Egypt and lived there for around 300 years or so. Even though she was born and raised in Egypt, to Egyptians she was still 100% Greek. She was a descendant of the Ptolemy family, who served under Alexander the Great. She was the only member of the family who spoke Egyptian and ruled as a Pharaoh until Egypt was conquered by the Roman Empire.