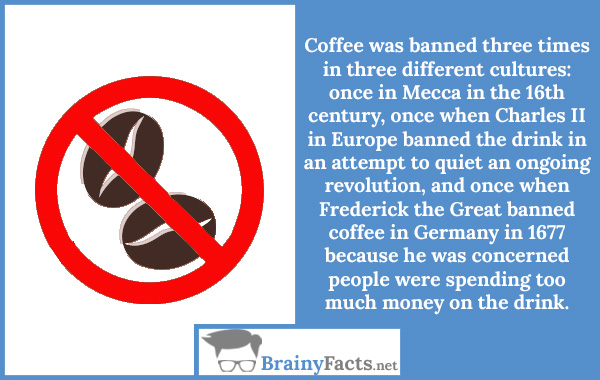 Coffee was banned three times in three different cultures: once in Mecca in the 16th century, once when Charles II in Europe banned the drink in an attempt to quiet an ongoing revolution, and once when Frederick the Great banned coffee in Germany in 1677 because he was concerned people were spending too much money on the drink.