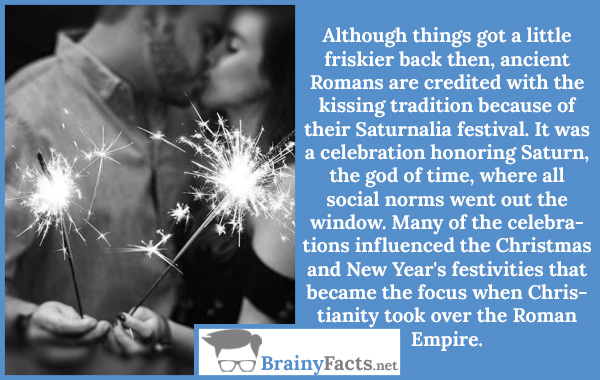 Although things got a little friskier back then, ancient Romans are credited with the kissing tradition because of their Saturnalia festival. It was a celebration honoring Saturn, the god of time, where all social norms went out the window. Many of the celebrations influenced the Christmas and New Year’s festivities that became the focus when Christianity took over the Roman Empire.