13 Things You Never Knew About IKEA 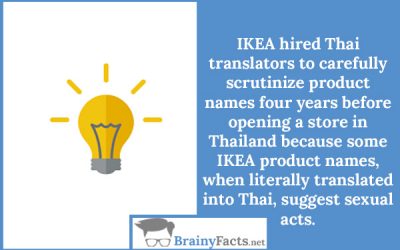 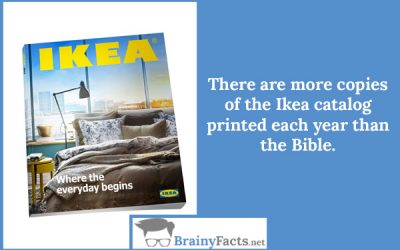 There are more copies of the Ikea catalog printed each year than the Bible. 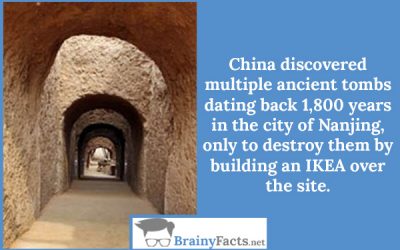 China discovered multiple ancient tombs dating back 1,800 years in the city of Nanjing, only to destroy them by building an IKEA over the site.

UK customers have bought 12.8 million mattresses from Ikea since 1987, nearly one for every two households in the UK. An estimated one in five children in Britain have been conceived in an Ikea bed.

Ingvar Kamprad, the founder, first started selling matchboxes as a child, before selling fountain pens, cigarette lighters and nylon stockings. The company was incorporated in 1943.

The primary reason why IKEA furniture is so inexpensive is its efficiency in packaging. Their chief goal in design is to figure out how to pack their furniture into a compact space and put more of them on each pallet. 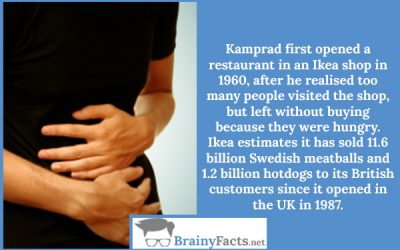 Kamprad first opened a restaurant in an Ikea shop in 1960, after he realised too many people visited the shop, but left without buying because they were hungry. Ikea estimates it has sold 11.6 billion Swedish meatballs and 1.2 billion hotdogs to its British customers since it opened in the UK in 1987. 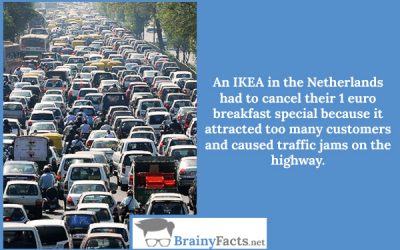 An IKEA in the Netherlands had to cancel their 1 euro breakfast special because it attracted too many customers and caused traffic jams on the highway. 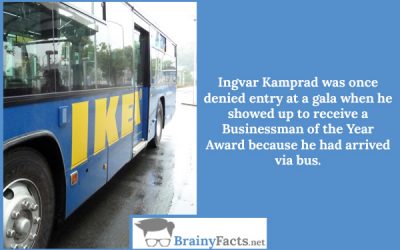 Businessman of the Year

Ingvar Kamprad was once denied entry at a gala when he showed up to receive a Businessman of the Year Award because he had arrived via bus. 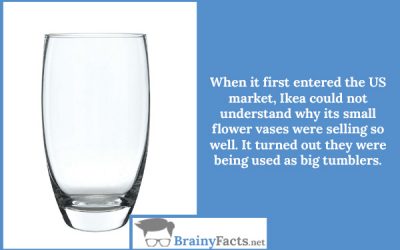 When it first entered the US market, Ikea could not understand why its small flower vases were selling so well. It turned out they were being used as big tumblers.

Ikea products are named rather than numbered because founder Kamprad is dyslexic.

Ikea is an acronym that stands for Ingvar Kamprad (founder), Elmtaryd (the farm where he grew up), and Agunnaryd (his hometown).

IKEA uses a technique called ‘bulla bulla’ – a bunch of items is purposely jumbled in bins to create the impression of volume and, therefore, inexpensiveness.